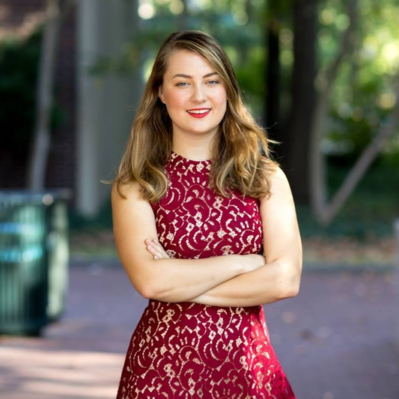 For the M&Ts currently looking for internships like yours, how did you originally find
your job at Slack?
I’ll start with how I actually became aware of Slack, because that was a driver for why I was interested in working there in the first place. Coming to Penn, I was introduced to Slack through a number of organizations such as Penn Labs, Hack4Impact, CIS160, etc. I thought it was a really great way to facilitate communication that’s different from long and cumbersome email chains. It was also a great way to get to know people relatively informally, which was something I thought was unique about it. Instead of finding myself digging through those long, typical email chains I was instead free to ask people to get coffee and make personal connections with people because of things they had posted on our Slack.

Fast forwarding a bit, I got the opportunity to go to the Grace Hopper Celebration, which
is a huge conference full of women in tech meant for networking socially and professionally.
There was a resume database, and Slack was one of the companies that emailed me from that,
so I attended the event they invited me to at the convention. From there, a recruiter ended up
reaching out to me and the core reason why I wanted to follow through with their recruitment
process was because I really loved the product. Doing software engineering for a product I love
at a company with a good product philosophy was something important to me in looking for an
internship. I also saw the opportunity as a good stepping stone to pursue product management
in the future.

Can you give a brief overview of what you did during your internship at Slack?
I was a front end engineering intern what they call the “Network Team,” which is the
team responsible for the shared channels experience on Slack. When two companies have
Slack workspaces, they can initiate a shared channel that facilitates cross-company
communication. Shared channels to me are interesting because they break down a lot of
communication barriers that are assumed to exist when you have teams together working
across companies.

The main project I was working on was a visual signals project. Certain organizations
had discomfort in shared channels because they might accidentally send messages meant for
only some people and not everyone in the shared group, and for businesses that could be really
bad for reputation or private information. My job was to create a banner that would appear
above the message box that clearly states the fact that you’re in a shared channel. It received a
lot of positive feedback internally, so we decided to expand the scope of the project. Another
signal we made was for communicating in different time zones. Basically, the banner lets you
know when you’re about to message someone who will receive the message in another time
zone, maybe nudging you to reconsider because it’s late at night for them. There’s also one for
if that person has their notifications turned off.

I think one of the best things about the project going well and expanding was that we
were able to get more people involved in it. We worked with the messaging team, designers,
product owners, accessibility specialists, and the common UX/UI (user experience/user
interface) people. I also was able to have one-on-one meetings with more senior engineers who
were willing to teach me how to execute the things I wanted to incorporate into the product.

What is Slack’s culture like?
The stated values for Slack are humble, hardworking, smart, and collaborative. I would
say that builds the super positive culture that I felt while I was there. I think they also focus a lot
of energy on building their talent selection process around these values as well, which makes
for a good amount of common ground among everyone who works there. There wasn’t
anyone who was hard to work with, and respectful disagreements were always resolved very
quickly and amicably. It was nice to see that Slack also was very diverse with different
ethnicities, races, sexualities, and they had almost 50% women in every division including tech,
so that was very cool and inspiring to see. The structure of Slack also has a very flat hierarchy,
so people who I saw as very advanced in their careers were around and happy to help me out
even for very small things. The overarching positive dynamics made it possible for teams to
meet deadlines and made the release of our product very smooth.

What was it like working at Slack during the summer of its IPO?
It was super cool! It was just a really great day to be at Slack. We all came in at 6 am the
day of the IPO and watched a live feed of the New York Stock Exchange as they rang the bell at
6:30 am PST. It was a very triumphant moment for everyone at Slack, and it had so much
significance for people who had been there for 3, 4, or even 10 years in one guy’s case. He was
one of the original 8 people on the team. I think it’s important to reflect on the past, because it
wasn’t always glamorous to work at Slack. Of course interning there this summer, I got to
benefit from their past hard work, and for me it was amazing to see their work pay off for them
and realize the fruits of their labor. One of the principles that was stated internally at Slack was
that it’s not a celebration of us the employees, but a celebration of the people who use Slack to
communicate every single day. We also took time to write a bunch of personally signed thank
you notes to Slack users, from ones in the hustle and bustle of New York City to places like rural
Wisconsin who have 10 people on their Slack. Overall, it was an exhilarating start to the day, but
the rest of the day went by as normal.

Sarah Raines is a junior in the Class of 2021 studying Computer Science in the School of
Engineering and concentrating in Management at The Wharton School. After graduation, Sarah
wants to pursue Product Management in the technology industry. Her favorite thing about the
M&T Program is having 50 familiar faces around campus and a strong community around her.