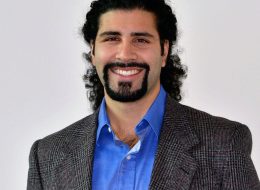 WHAT ARE YOU DOING CURRENTLY?

Prior to graduation, I spun my senior design work out and formed a Company, Innova Dynamics, with my co-founders Alex Mittal, Cal Peng, and Priyanka Agarwal (who were all also M&T ’07). In nine years, we grew the company to 35+ people spanning San Francisco (our headquarters), Japan, and Taiwan. In that time we secured multiple Fortune 500 customers and partners and raised over $30M in venture and strategic funding across 3 rounds of financing. Finally, we completed an acquisition with the Taiwan-based TPK Holdings (TPE:3673), the leading supplier to Apple for Touch Sensors.

Starting in 2015, I began to make some angel investments and advise other early stage technology companies, including a few UPenn spinouts like Biobots and GraphWear.

HOW DID M&T PREPARE YOU FOR YOUR CURRENT POSITION OR LIFE AFTER GRADUATION?

M&T was critical to preparing me for the life and career of an entrepreneur.  Being surrounded by other highly talented, hardworking, and driven individuals prepared me for the fast-paced, high-performance realities of a technology start-up. The cross-functional business/technology education I received was also integral to our success. The intensity and sheer volume of work in M&T was a glimpse of what was to come as a founder/entrepreneur.

WHAT WAS YOUR FAVORITE PART OF THE M&T PROGRAM?

Hands down, it was the constant need to turn on and off different parts of my brain. As I switched from a hard science class to a business class, I had to stay sharp.  While the trudge across campus from Huntsman all the way to the LRSM building in the snow got old very quickly, I loved how the two very different types of classes forced me to learn how to seamlessly shift my thought process from business/finance to engineering/science, and back again.  Slowly, it became second nature to not only be able to shift between those thought processes but to be able to merge them.  As a technology entrepreneur that is one of the most (if not the most) important skill needed. I can say whole heartedly M&T helped me develop that skill set.

Another part of the M&T program that stands out is the ecosystem surrounding it. Elements like the Wharton VIP program, the Wharton Business Plan Competition (now the StartupShow case), The Weiss Tech House, and a network of alumni (with folks like Ken Glass) helped launch Innova Dynamics and get us off the ground.

WHAT ACTIVITIES DID YOU TAKE PART IN WHILE AT PENN?

My largest non-academic time commitment was definitely Penn Dhamaka, Penn’s all-male South Asian fusion dance troupe. I also started the UPenn Nanotechnology Society, along with the same M&T classmates who would later become my co-founders at Innova Dynamics! I enjoyed the active/outdoor exploits of the UPenn Outdoors Club and Wharton Leadership Ventures.

I also had the opportunity to study abroad twice, once during the summer of my freshman year, in San Jose, Costa Rica, and again during the fall semester of my junior year in Townsville, Australia.