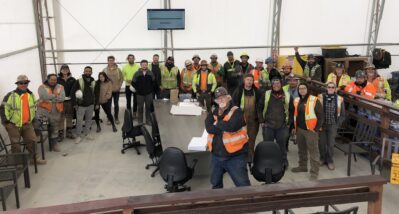 I took a leave of absence during the 2020-2021 academic year and used it to reflect, explore interests outside of Penn, and build work experience in varying roles at different companies.

One of the most unique and memorable places I worked at during my gap year was The Boring Company, or TBC. I interviewed with the team in November of 2020 and moved to LA early January to start work since the company required me to work in person. I was hired as a software intern for the R&D team, whose goal was to design, build, and test a functional tunnel boring machine. During the interview process, my interviewers discussed specific potential projects such as making the UI of the tunnel boring machine, but over the course of my time there, I assumed the role of supporting and owning software, controls, and some electrical components of the machine and its subsystems.

The whole internship could be characterized as organized chaos, but it was particularly hectic my first few weeks. When I started, TBC was lean to the point where everyone was overwhelmed by the amount of work given and had no time to mentor or manage. My manager was the head of electrical engineering and didn’t have time to give direction since he was responsible for getting the machine online for testing, and the only software engineer on the R&D team wasn’t present due to severe health issues. I was left completely in the dark with my little background knowledge of robotics from high school, and being the only woman and one of the very few people of color at the site added a layer of complexity to how I navigated the internship.

With time, I eventually came to understand the group dynamic, where and how I could contribute, and found my place within the company.

By the end of my internship, I’d learned C++ and Structured Text from scratch, the ins and outs of Programmable Logic Controllers, Controller Area Network busses and messaging, various internet protocols in the context of low-latency video streaming, compilers and cross-compilation with Bazel, how a machine breaks down into a series of inputs/outputs, and how to architect and integrate mechanical, electrical, and software systems in order to make something work.

I streamlined and owned the machine’s data pipeline, designed and built the UI of a subsystem, prepared it for integration with the control system, updated and maintained that same subsystem, wrote a tool to auto generate the error handling code for the machine, wired the machine’s connectivity electronics, and worked on other smaller tasks here and there that were needed at the time (i.e. replacing hardware, updating firmware, test driving, etc.). I became extremely good at developing independently, embracing uncertainty, and adapting to new environments fast. 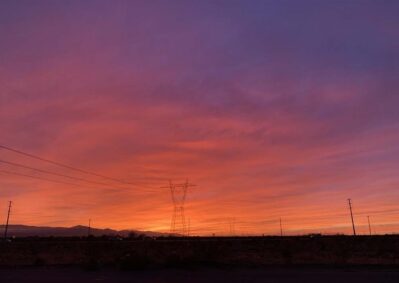 While I didn’t necessarily draw on the specific theories or equations learned from classes, I drew upon broader skills learned from opportunities provided by M&T during my internship. My engineering courses helped me develop concrete problem solving foundations, CS fundamentals, and a good work ethic, and the group projects in Wharton enabled me to see where good company policy and protocols were lacking, negotiate important terms of my internship, and bridge the gap between the engineers and miners by understanding that we needed to engineer with our end users in mind.

Outside of the technical learnings, working at TBC presented me with a plethora of organizational insights including the importance of leadership establishing company culture, the common pitfalls of startups that try to move fast, what good/bad company protocols look like, employee retention, and more – invaluable to an aspiring entrepreneur.

As unconventional as the company was, I had been pushed out of my comfort zone, challenged in ways I didn’t think possible, and grown a great deal as a result.

I’m extremely grateful to the people who supported me throughout my internship and the M&T program for helping instill foundational skills that helped me succeed.

Aliris Tang is a sophomore in the M&T program studying Computer Science, Business Analytics, and Business, Energy, Environment, and Sustainability.