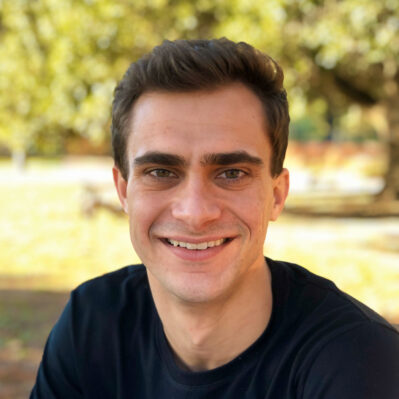 Many M&T’s find themselves in an existential crisis, deciding whether or not to work a corporate job or to start a company. Many choose the former, but this article will focus on Alex Sands (M&T’17) who chose the latter.

Instead of returning to Apple as an Engineering Product Manager, Alex decided to start a company, Plasticity, with his friend after graduating from Penn. His startup was accepted into Y Combinator’s Summer 2017 batch and was recently acquired in 2020. Plasticity makes natural language processing tools and solutions for commercial customers, government organizations, and developers. I had the opportunity to follow up with Alex Sands and interview him about his startup, see what he’s up to now, and what advice he has for M&Ts.

Could you introduce yourself and give some background starting from M&T?

I graduated from M&T in 2017. I did Computer Science on the engineering side and Management on the business side with a specialization in Entrepreneurship. During my senior year, a friend and I started working on what was a side project at the time, which focused on a different approach to solving a particular problem in natural language processing (NLP). We had both worked on previous NLP projects – I worked on Siri my junior year summer – so this problem space was very familiar.

Senior spring we applied to Y Combinator (YC) for the summer 2017 batch and got accepted. Three days after graduating we both moved to San Francisco and did YC that summer. I spent the first year out of college in San Francisco and then we decided to go fully remote as a company, so I moved to New York for a year. A year later I moved to Austin, Texas, which is where I still am now. We sold the company in October of 2020, a little over a year ago. We both still work for the acquiring company remotely.

How did you meet your co-founder?

I met my cofounder Ajay through M&T. We worked on a lot of projects together throughout Penn. We did a PennApps project our freshman spring with two other M&Ts that went viral. We built third party commands into Siri, so you could unlock your Tesla and turn on your thermostat with Siri. This was way before this already existed on Alexa. At that time, we grew to 25,000 people using it.

How did you choose between a return offer from Apple and pursuing the start-up route with a side project?

I personally really enjoyed my junior year internship at Apple, and I think I could’ve easily gone back and been just as happy with my life at the time. For me, it was about regret minimization. It’s the idea that 5 years from then if I looked back on that decision, would I have regretted it? Starting a company (even if it failed) would’ve been a valuable 5 years spent just because of how much you learn and grow as a person. There was not much to lose going the route of starting a company versus the Apple route – I probably would’ve enjoyed it, but I may have regretted it if I saw another company doing something similar.

I also generally knew this was a problem in NLP. Voice assistants still struggle with answering general knowledge questions. The example I always give is that you can ask “how fast does a cheetah run?” and get the answer. If you ask “When is Penn’s fall break?”, most assistants just won’t know how to answer. I knew this was a technical problem, and that was definitely a driver.

Now that we’re about 5 years out of that decision, is the regret minimized?

Actually, today is the 5 year anniversary of the day we started the company, and the regret is definitely minimized.

Y Combinator is a crazy three month period when you’re basically just heads down trying to figure out how to make your startup successful. You have this looming end goal, YC’s Demo Day, which acts like this forcing function for you to get a lot done. It creates this baseline of how much you can get done in a short period of time for a startup, and you carry that with you for the rest of your startup journey.

The community is incredibly strong, similar to the M&T program, and they were all great people. The biggest benefit is definitely how much it forces you to get done, and the network and the Demo Day are obviously invaluable. You go through so many different iterations of your product. For example, we once thought about making our own personal assistant, but I’m glad we didn’t do that.

How was Plasticity acquired, and was this the exit you envisioned for it?

Just to backtrack a little bit, Plasticity shifted to doing work mostly with the government and the Department of Defense because there are a lot of documents and a lot of text data. Being able to understand and pull data out of that is very valuable to the Department of Defense and other government agencies. They make for good customers because the contracts are pretty large and once you get one you hold onto it for a while. We found this niche in the government space and that allowed us to stay alive as a company, while other NLP companies would try to sell commercially when the market wasn’t there and shut down.

We didn’t start the company with the idea that we were going to sell it – that part of it just happened. Throughout working on the company, we talked to other companies that were interested in acquisition of what we were working on. About a year and a half ago, we started talking to this one company that does alot of work with government contracting.

They had a lot more experience in the government space, but we had technology they were interested in, so it made for a good pairing. We went through the M&A process, and in October 2020, we signed all the documents and were officially acquired.

What’s next for you?

I’ve always taken the approach (at least early on in your career) that your focus should be on maximizing learning and personal growth. I’ve definitely done that in the last few years and that’s still what I’m doing now. There are new challenges that come up every day at the new company. I’m learning a lot from trying to solve those. My goal is to pivot whenever I feel like I’m not growing or learning as much and then I’ll find ways to bring that back. I’m not sure what’s next, but I’ll know when that time comes.

What advice would you give M&T’s?

There are 3 parts of Penn that really made my experience so worthwhile.

First, it’s the people I met and worked with. The people you meet can be your co-founders. I TA’d a couple classes at Penn and got to know those professors in a context outside of the normal class setting.

Second, it’s what I learned and the classes I took. M&T sets you up for pretty much anything, but what you learn is particularly helpful for starting a company.

Third, it’s the general Penn experience and being in Philadelphia on-campus. Philly is such a unique city. Most people leave Philly when they graduate, so I would say make as many memories in that city as you can.

Whatever you can do to maximize these three things will make for a really amazing four years in M&T, at Penn, and in Philly.

*Note: Alex’s answers may be paraphrased and reordered for organization. This post was contributed by Era Dewan (M&T ’24).