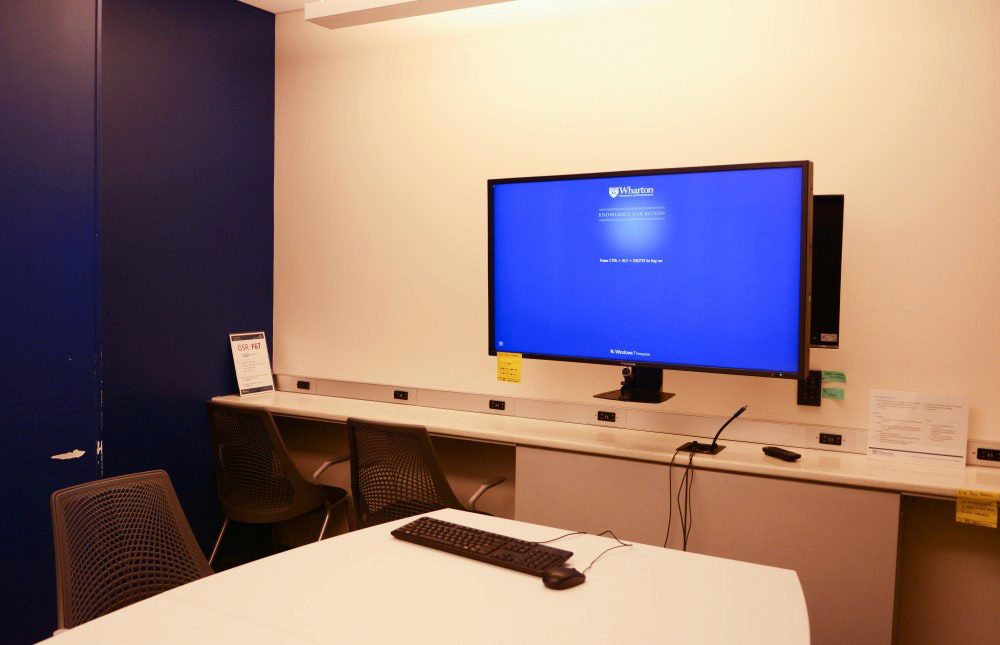 Wharton students no longer have to use their computers to book group study rooms in Huntsman — this student-developed app now lets them reserve rooms with the tap of a finger.